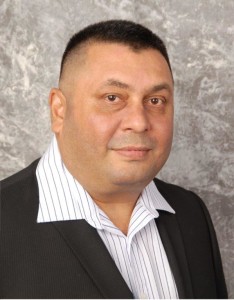 Raj commenced his insurance career in 1983 and has since notched up over 3 decades in the insurance industry. He became an entrepreneur in 1993 with another business partner, then started RSI in 1999. Raj expanded his operations to Florida in 2003 and 2007 with the opening of 2 FEDUSA franchise insurance offices. These franchises were eventually sold in 2012 to make way for the birth of BRIGHTWAY INSURANCE later that said year. The Brightway Insurance franchises was sold in August, 2017 and to paved way for the partial acquisition of Flagler Insurance, where he serves as Director & Branch Partner.

Acquiring his professional qualifications was the pinnacle of Raj’s academic achievements, which were all attained through self-study, whilst working full time. He holds the distinction of completing the highest Property & Casualty professional insurance qualifications out of the UK and the USA; namely, the FCII and the CPCU respectively. 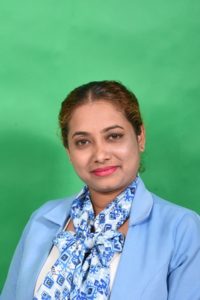 Anjanie Rohoman started her insurance career in August, 2002 at NAFICO, where she worked for three (3) years and then made her entry into the insurance broking field at Raj Singh Insurance Brokers and Risk Management Consultants Inc. on 2nd August, 2005 as a Junior Account Executive.

During her employment at RSI Brokers, Anjanie commenced her studies and completed the CIFC course in the year 2007 through the Association of Insurance Institutes of the Caribbean. In the year 2011, she completed AINS 21 (Property Liability). She then left the insurance industry for a few years for personal reasons.

On 2nd November, 2015, Anjie rejoined Raj Singh Insurance Brokers as a Senior Account Executive. She was then appointed the Manager of RSI Brokers in January, 2017 and has since completed the AINS Program through the Insurance Institute of America. She has now commenced her studies in the CPCU Program. 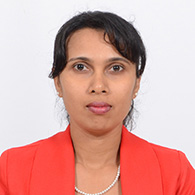 Academically,she has completed her secondary school education, the Certified Accountant Technician (CAT course), and partially the Diploma Level II in Business Administration thru the (Association of Business Executive).  She has vast experience in preparation of Payroll, NIS, PAYE,VAT returns, receipts and payments, disbursement of payments, monthly income and expenditure reports, and annual financial statements reporting for all companies under the RSI Group. Cher is currently pursuing her studies in the field of Accountancy thru the ACCA in London and is currently at the Level II stage in this Program. 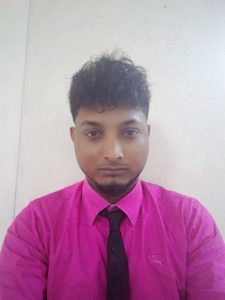 Loakendra Ramdeo Commenced his insurance career in May, 2012 at with the oldest insurer in Guyana, namely, ‘The Hand-In-Hand Mutual Fire Insurance Company Limited’ where he gained a fair amount of experience and knowledge required for this vast and competitive environment.

Not limiting himself to the operations of a single entity, he was provided with an opportunity to work in the second largest insurance company in Guyana, namely, “The Guyana and Trinidad Mutual Fire Insurance Company Limited’, where he continued to build knowledge and experience during his wonderful and exciting career.

After gaining extensive knowledge on the carrier side of the insurance business having worked within the Underwriting, Reinsurance and Services Departments, Loakendra made a decision to acquire knowledge and experience acting as an agent/representative of those who consume the wide variety of insurance products, hence, he joined ‘Raj Singh Insurance Brokers and Risk Management Consultants Inc.’ where he is continuing to harness the knowledge and experience relevant to fulfill his career. He has since completed the Marine Insurance Courses from the Insurance Institute of America earning the AMIM designation and has since commenced studies for his CPCU designation. 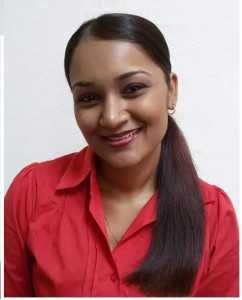 Devani Kowlessar the first born of two children, married and is the mother of one. She currently resides at her home in Mon Repos, East Coast Demerara.

She attended the Annandale Secondary School where she attained the Secondary School Examination (CXC) in several subjects and then further attended the Global Technology where she did some additional studies to develop her computer skills. Devani is currently pursuing studies in the AINS program with the American Institute of Chartered Property & Casualty Underwriters.

Devani started her insurance career in 2005 at the Guyana Trinidad Mutual Fire Insurance Company (GTM), there she worked for three years, and then made her entry into the insurance broking field with another Firm for six (6) years. She then joined the Raj Singh Insurance Brokers in February, 2015 as an Account Executive and after displaying excellent skills during her formative period of employment was quickly promoted to a Senior Account Executive within the said Firm in May 2015. She is a very friendly and hardworking individual, who enjoy interacting with her clients. 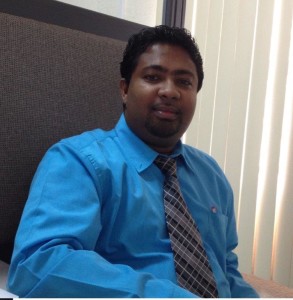 Mr Devkumar Persaud or ‘Dev’ as he is commonly known has a wealth of knowledge and experience gained from his fifteen (15) years working within the insurance industry, being employed with both an insurance company and other insurance brokers.

Dev,who is now 33 years old and married, joined Raj Singh Insurance Brokers in July 2013 as a Junior Account Executive working every section of this Firm. In March 2015, he was promoted as a Senior Account Executive, working under the direct supervision of the CEO, Mr. Raj Singh dealing with Marine Hull, Cargo & P&I coverage as well as other commercial customers.

Mr. Persaud has participated in several insurance courses and programs and also is the holder of a single subject diploma in Business Management & Administration. Dev is currently pursuing studies in the AINS program through the American Institute of Chartered Property Casualty Underwriters. 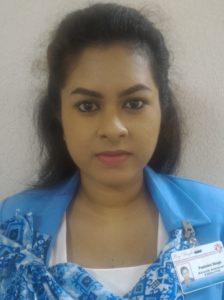 Padmini Singh joined the Insurance Industry in February, 2011 as a Customer Service Representative at GTM Fire Insurance Company. There, she worked for approximately three years before entering the insurance broking field at Raj Singh Insurance Brokers in July, 2014 as a Junior Account Executive.

Padmini furthered her studies at the University of Guyana whilst working and graduated with a Diploma in Marketing Management. She was promoted to Senior Account Executive in January, 2017 and is currently pursing studies in the AINS Program through the American Institute of Chartered Property Casualty Underwriters.